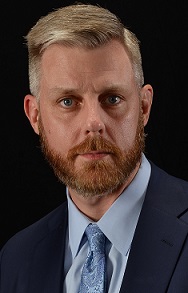 After receiving his medical degree from the Uniformed Services University of the Health Sciences in Bethesda, Maryland, Dr Sauvé completed his residency in adult psychiatry in the National Capital Consortium in Washington, DC, which includes the National Naval Medical Center in Bethesda, Walter Reed Army Medical Center in Washington, DC, and Malcolm Grow Medical Center at Andrews Air Force Base in Maryland. Shortly afterward, he was deployed to the Al Anbar Province, Iraq, as the regimental psychiatrist for the 7th Marine Regiment. After 11 years of active-duty service, he left the US Navy to become Military Clinical Director at Poplar Springs Hospital. Dr Sauvé is certified by the American Board of Psychiatry and Neurology, Inc.

Dr Sauvé recently coauthored “The Science of Transcranial Magnetic Stimulation” with Laurence Crowther for the July issue of Psychiatric Annals. He is a member of the American Psychiatric Association and a Faculty Member at the Neuroscience Education Institute.