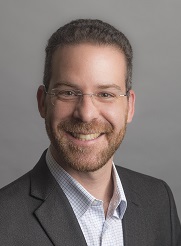 Dr. Philip received his BSc from McGill University, and his MD from Albany Medical College where he graduated AOA and with a Distinction in the Study of Biomedical Ethics. He completed psychiatry residency training at the Alpert Medical of Brown University, followed by an NIH-sponsored T32 Fellowship, and then a Neuromodulation Fellowship at Butler Hospital.

Dr. Philip has received numerous awards and recognition, including election to Associate Membership of the American College of Neuropsychopharmacology in 2018. He was initially funded by a Career Development Award (CDA-2, Clinical Science R&D), and since that time has received funding for neuroimaging and brain stimulation studies from the VA (Rehab R&D), NIDA, Department of Defense, and through industry and small-business collaborations.

Dr. Philip also plays a significant training/teaching role at Brown, where he is a co-investigator on the NIMH R25-supported psychiatry resident research track, and regularly serves as a mentor locally and through national organizations such as the Society for Biological Psychiatry and Career Development Institute for Psychiatry.