Response from the Editors: Failure of the VA TMS depression trial; Too Many Changes Leave Many Unanswered Questions

In response to a letter submitted previously from Aron Tendler MD, Gaby Pell PhD, and Yiftach Roth PhD and recently outlined for our newsletter by Kevin Kinback M.D. with regards

to the 2018 JAMA Psychiatry article entitled “Effect of Repetitive Transcranial Magnetic Stimulation on Treatment-Resistant Major Depression in US Veterans: A Randomized Clinical Trial” by Yesavage et al.1, we submit the following review.

The Yesavage article reported on a double-blind, sham-controlled randomized trial at 9 VA centers from 2012 – 2016.  The patients had an average age of 55.2 years and 80.5% of the participants were male. 76.2% of the patients were unemployed.  49.4% had co-morbid PTSD, and 53.7% had comorbid substance abuse.  They used a Modified MagPro R30 (MagVenture) device to the left prefrontal cortex at 10 Hz, 120% MT and 4000 pulses.  The authors report at the end of the acute phase 40.7% remission rate in the active group and a 37.4% rate in the sham group. Although overall 39% of the patients achieved remission, there was little difference between active and sham treatments.  When comparing rates of those with both PTSD and Depression and those without co-existing PTSD, they reported remission rates of 45.8% in those with depression alone, and 32.1% in those with both disorders.  Their study revealed at the end of the follow-up phase, 34.2% having depression without PTSD in the active treatment group maintained remission, with only 5% of those having both disorders maintaining 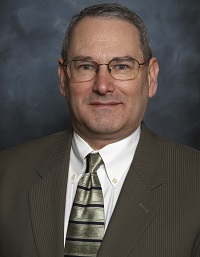 remission. With the sham group, 23.8% of those having depression alone versus 7.3% with both disorders maintained remission.

The article discussed several limitations to their study and compares its results to the 2010 AMA article entitled “Daily Left Prefrontal Transcranial Magnetic Stimulation Therapy for Major Depressive Disorder” by George et al.2  This was a prospective, multisite, randomized, active sham-controlled study using the Neurostar device at 10 Hz, 120% MT and 3000 pulses over the left prefrontal cortex.  The study was conducted from 2004 to 2009 at four university hospital clinics with the patients having an average age of 47 years and 82% were males.  Their study excluded other Axis I disorders except for simple phobias or nicotine addiction.  The results were that 14% achieved remission with active treatment and only 5% achieved remission in the sham group, reporting that the odds of attaining remission were 4.2 times greater with active than with sham.

The letter submitted to the TMS society newsletter by Tendler, Pell, and Roth outlined several factors that may have contributed to the differing outcomes of the two studies to include co-occurring PTSD and substance abuse, different device use (Magventure vs Neurostar), a high rate of unemployed patients, the high rate of male patients in both studies, different treatment schedules (4000 pulses with ITI of 10 seconds vs 3000 pulses with an ITI of 26 seconds), a different frequency of treatment (6 blocks of 5 sessions over 5 -12 days vs 30 sessions over 6 weeks), and longer clinic visits as compared to the study by George et al.  Also, Tendler et al. pointed out that the ITI values of differing coils such as the Brainsway H-coil and the Neurostar coil have multicenter-sham-controlled studies documenting their successful use, and there could be device variability in response effects.

The Yesavage article itself also discussed variables such as the placebo responses with depression treatments, the high proportion of men, the older age of the participants in their study, veterans’ expectations of improvement, increased staff attention, the high rate of unemployment with possible isolation, and the co-existence of PTSD in many of the patients.  Over the years multiple medical and psychiatric medications/interventions have documented placebo effects for their treatments.  It is possible that the increased interactions with staff and daily structure for unemployed patients may have contributed to the results, as well as possibly the excitation of veterans participating in a new treatment outside the typical medication prescription and/or therapy.  A decreased response for TMS has been reported with increased age by Pallanti 20123 and Fegni 20064 .  The participants in the Yesavage study were on average 8 years older than the George study.    An increased response with females using TMS has been suggested by Kedzior 20145 and Malik 20166, and both of the studies outlined above had greater than 80% male patients.

Both the Yesavage and George articles described improvement in depression with TMS, with the Yesavage study demonstrating a response in those without co-existing PTSD.  TMS has the potential to provide great benefits to the VA population.  Additional studies are necessary with details on location, the possibility of stimulating more than one location, the devices used, the intensity, the duration, maintenance treatment, and schedule of treatment.  With respect to the presence of both comorbid PTSD and depression a study by Philip et al. 20167 described 10 VA patients having both disorders, with 80% being male receiving 5 Hz treatment and documented improvement.  In 2019 Theta-Burst TMS studies in PTSD with veteran patients were reported by both Philip et al.8  and Petrosino et al.9

With the rate of veteran depression and the increasing suicide rate among veterans, aggressive interventions are increasingly necessary.  Transcranial Magnetic Stimulation may be able to fill that void in many of these VA patients.  The 2019 National Veteran Suicide Prevention Annual Report from the Office of Mental Health and Suicide Prevention described 2017 statistics reporting 6,139 suicides within the year and an average of 16.8 veteran suicides each day.  More current estimates are that greater than 20 veterans each day die by suicide.  TMS appears to be a beneficial treatment option for those veterans suffering from depression.  Exciting new research is being collected for the use of TMS in depression and other disorders that may be inflicting the veteran population as well.    It is the hope of the Editors that future VA studies will overcome prior limitations and conclusively prove with statistical significance the efficacy of TMS in the highly treatment-resistant and comorbid VA population.