Lessons from the Birthplace of TMS: TMS in the UK - Grand Rounds Webinar

The development of Transcranial Magnetic Stimulation in Sheffield U.K. – a groundbreaking technique born out of scientific curiosity.

Lessons from the Birthplace of TMS: TMS in the UK

You’re invited to join the Clinical TMS Society for this installment of our Grand Round Webinar Series: Lessons from the Birthplace of TMS: TMS in the UK 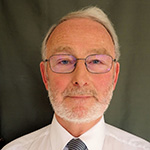 Dr. Barker recently retired from the U.K. National Health Service in 2015 after 38 years in the Department of Medical Physics and Clinical Engineering of Sheffield Teaching Hospitals NHS Foundation Trust.  An engineer by training, Tony’s PhD was on the study of the distribution of peripheral nerve conduction velocities in man. During this period he started to investigate nerve stimulation using magnetically induced currents. He continued this work after his PhD and led the group which invented the technique of Transcranial Magnetic Stimulation (TMS), now widely used throughout the world for basic research, diagnosis and therapy.

Tony has an active interest in the public understanding of science and has given many named and public lectures including the Faraday lecture series, the Silvanus P Thomson series and a Royal Institution Discourse. He is an honorary Professor Associate of the University of Sheffield, a Fellow of the Institution of Engineering and Technology and of the Institute of Physics and Engineering in Medicine. He received the inaugural International Brain Stimulation Award in 2017 for the development of TMS. 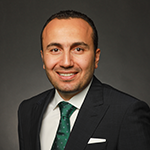 Dr. Abdelghani is one of the pioneers of introducing TMS in UK clinical practice. In 2016 he founded the first clinical TMS in the NHS in London and South England at Camden and Islington NHS Foundation Trust and he continues to lead this service until the present time. He has been formally trained in TMS at two of the top TMS centres in the world; Harvard University in USA and Medical University of South Carolina (MUSC) at the hands of Prof Mark George who was the first psychiatrist to use TMS to treat depression in the early 90s.

In May 2018 he was awarded the Clinical TMS Society President’s award for his dedication, collaboration, efforts and leadership to advance the ideals of the Society. At the present time Dr Abdelghani is the chair of the Outreach Committee in the society in addition to being a member of the Educational Committee. He gives lectures and hands-on-training both nationally and internationally on the topic of TMS and neuromodulation. He is a faculty member of the PULSES TMS training course that is delivered by the Clinical TMS Society in different countries.

Clinical TMS Society
Grand Round From the Birthplace of TMS: TMS in the UK Enduring Material

Learners must listen to each self-directed audio recording while following along with the visual slides and complete an evaluation form to receive a certificate of completion. You must take in the entire activity as partial credit is not available. 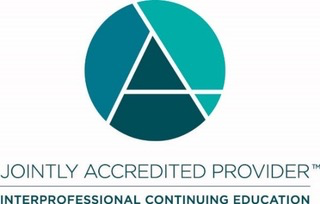 In support of improving patient care, this activity has been planned and implemented by Amedco LLC and Clinical TMS Society.  Amedco LLC is jointly accredited by the Accreditation Council for Continuing Medical Education (ACCME), the Accreditation Council for Pharmacy Education (ACPE), and the American Nurses Credentialing Center (ANCC), to provide continuing education for the healthcare team.

Amedco LLC designates this enduring material for a maximum of 1.00 AMA PRA Category 1 CreditsTM. Physicians should claim only the credit commensurate with the extent of their participation in the activity.

Objectives - After Attending This Program You Should Be Able To

1.        Discuss the history of development of the first TMS device

2.        Explain how mental health services are provisioned in the National Health Service (NHS) in the UK

3.        Describe how TMS is provisioned in the UK and differences between the NHS and the private sector

Disclosure of Conflict of Interest

The following table of disclosure information is provided to learners and contains the relevant financial relationships that each individual in a position to control the content disclosed to Amedco.  All of these relationships were treated as a conflict of interest, and have been resolved.  (C7 SCS 6.1-­‐6.2, 6.5)

All individuals in a position to control the content of CE are listed below.

How to Get Your Certificate

2.       Click on the “Grand Round From the Birthplace of TMS: TMS in the UK Enduring Material” link.

4.       Print all pages of your certificate for your records.